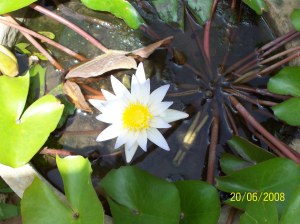 This is from another WIP I started recently

The rain lashed the windowpanes, and Kaia groaned as she opened her eyes. Her body felt sore, as if she had had a fall or something. She was in her bed, though, and she could not tell what time it was. She cracked open an eye to look at the digital time piece on her side table. Seven AM. The day stretched out ahead of her, with nothing to do. Seven fucking AM. Why was she awake so early? She just wanted to spend the day in bed, and sleep for a week, but her brain was too wide awake.

Grumbling to herself, she forced herself to get up. Why was she aching all over, though? Was she coming down with something? She hoped not. The last thing she needed was to be an additional burden to her brother’s family. Already they were being kinder to her than she probably deserved, letting her stay with them, and taking care of her, not pushing her to make any decisions regarding her future. Both Aylin and Berry had been nothing but understanding, but Kaia was beginning to feel antsy.

Logically, she knew that she was in no mental shape to make decisions or to be left alone, but her brain didn’t seem to have got that memo. Aylin might be her brother, but he was a virtual stranger right now, and Berry was no better. They both assured her they were only too happy to have her, and she could feel their sincerity, but she still felt awkward.

She stood by the window, looking out at the dark skies outside, the rain obscuring her view. Would her memories ever return? Would Aylin be something more than a kind faced stranger? Would she remember him from the photographs in the albums on her nightstand? She pressed her face against the cold glass. She couldn’t even remember the accident that had deprived of her memory.

Two years. That was what Aylin had told her when he had brought her here. Two years since she had gone missing. It had taken some getting used to, from being the girl with no memories, living in a shelter and working menial jobs to this house, and learning she had a family, that she had been loved and missed and been searched for. No one knew what she was doing in Fekril though. How did she end up in a different country altogether?

Kaia tried to shake off the thoughts. There were times when she thought that perhaps Aylin had the wrong person, that she was just someone who looked like his sister. That was why she had insisted on a DNA test. Aylin had looked smug when he had shown her the results. She moved away from the window, not sure if the wetness on her face was condensation or tears.

Two years of her life when she didn’t know who she was, when she had to go hungry, and cold when her family was searching desperately for her. What happened to her? Would she ever find out? Right now, chances of her knowing that was as remote as the chances of her memory returning. She climbed back on to her bed, and picked up her phone. She could continue searching for accidents in the area where she was found. She had not found anything so far, but maybe she could increase the search radius.