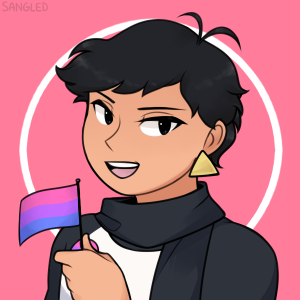 Keylin was aware of how clammy her palms were and of the sweat that trickled down her back. Her heart hammered in her chest, and she could imagine she must stink by now. She couldn’t remember the last time she had a bath, and being in this stuffy carriage wasn’t helping.
But that was the least of her worries.

She risked a glance at the man sitting opposite her. He was not looking at her which was a relief, his mouth set in an uncompromising line that she didn’t know the meaning of. There was a faint whiff of something sharp and citrusy in the carriage, probably from the closed incense burner that hung from the ceiling, high enough not to brush against any heads, and swaying with the motion of the carriage, a whiff of smoke curling from it.

She risked one more look at the man in front, who sat so still that he might have been a statue.
Keylin didn’t know what he wanted, this hard-faced stranger who for some reason looked familiar, and who was now her owner.

Her heart hammered so hard against her ribs at the thought and her stomach churned. She wished that he had let Lucian buy her. She wished she were not a slave. She wished she could go back to a time when she was one of the nobility. She wished a lot of things, but none of it mattered. This was her reality now.

Her mind still couldn’t fully process the change in her circumstances. Far easier to speculate on why Lucian had stopped bidding as soon as this man entered the fray. No one else was bidding, and so she had ended up here, with her new master.

Alaric, commander of the secret investigative division, leader of an elite commando group, and His Majesty’s left hand. In the Echelon, he and Lucian ranked the same, next only to His Most Exalted Majesty, the Emperor of all Castrial.
This was also man with a notorious grudge against Lucian. He must have bought her and her family almost certainly because he wanted to get back at Lucian through them. They were the closest Lucian had to a family, after all.

Keylin felt her throat close up, and eyes prickle as she remembered Dew. Lucian would have been her brother-in-law if he had married Dew, if Dew hadn’t fallen ill so suddenly and died. Lucian had still treated her like a sister, and her family had always treated him like a son.

She wanted to pull the drapes behind her, covering the back window, and look at the other carriage carrying the rest of her family. She had suspected that her owner had something nefarious in mind when he isolated her and chose her to accompany him in his carriage. The doors were closed, and all the windows covered with drapes. No one would have noticed. Not that they could have done anything. He owned her, just like he did her family. He could do anything he wanted to her, and no one would turn a hair.

Her family had never mistreated their slaves, but she was old enough to know that wasn’t the same everywhere. There were laws in place to protect slaves from extreme forms of torture or death, but for some reason, rape was something everyone turned a blind eye to. Not even a law to protect her. If she bore her master’s child, she would gain her freedom, and her child would be educated properly, but even then, would never bear their father’s name.

But he sat unmoving, looking straight ahead, not even looking at her. She wished she knew why he bought her and what he planned to do.

“Why?” she asked, because the silence was unbearable. “You bought us to spite Lucian, didn’t you? He told us you had a grudge against him.”

“Is that all he told you?” Alaric’s voice held no emotion.

“That he turned you in to His Majesty for something illegal that you did,” she said. “That you were exiled for five years, and returned only now, and reinstated to your former office after some new evidence came to light proving your innocence.” She could pity him, but what had she and her family ever done to him? “You targeted us because Lucian is close to us,” she said. “You just wanted to get back at him, so you framed my father for murder.”

“You speak as if you were present at your father’s trial.” His tone held mockery now. “As if you heard every evidence against him. If you did, you would know that it was no frame up. Your father should have been executed along with the rest of you. You should thank His Majesty’s mercy that you’re only to be slaves.” He looked at her for the first time, and there was something contemptuous in his eyes. “And you’re wrong. I didn’t target your family to get back at Lucian. Your family was always my target. Yes, I could have let it go. What is the death of one more pimp, after all? But I chose not to, I chose to investigate, to bring the truth to light, and I’m sorry that it doesn’t suit your reality.”

“And if it had turned out that my father was innocent, you would no doubt have let him go,” she said, her tone laden with sarcasm.

He lifted his brows. “Whatever you choose to believe of me, I don’t fabricate evidences or cause harm to innocent persons,” he said. “Your father is guilty, and there is enough evidence pointing to that.”

“The whore that man supplied was not up to your father’s standards, and she blabbed about how small a certain part of his anatomy was.” Alaric sounded derisive. “I suppose he considered it reason enough to do murder.”

“I have nothing to gain from lying and to you,” he said drily. “Your opinion of me hardly matters to me. You’re free to think what you want, to delude yourself how you want if it will make you feel better.”

She flushed deeper, knowing that he was goading her and dismissing her in the same breath. “I hate you!” she spat.

Fuming she looked at the window. “Can I pull the drapes?” she asked frostily.

She pulled the drapes and looked outside. They had left the city behind and was now passing through a wooded area. He must be taking them to his country estate then. It filled her with relief. No one they knew would come to visit them here. Even if not for her master’s job and reputation, the place was far enough away from the capital and from the centre of all that was fashionable in the empire. She knew the world she lived in. Everyone who had smiled at them and sucked up to them would now laugh and rejoice in their ill fortune. That was how it always had been, and she didn’t know how it could be different now.

Her heart ached as she thought of Bertram. She understood why Bertram couldn’t have come to bid on her. It would be odd indeed to wish to purchase the woman he had been betrothed too just a sennight ago. She wondered if she would ever be free again, if she would ever see Bertram again, if he even wished to see her. Her eyes prickled and she blinked them rapidly. She couldn’t afford to cry about this, not when it would do no good and would only reveal weakness in front of a man she despised with all her heart. He had all but admitted that he chose to pursue that murder because her father was the suspect.


She swallowed and wondered what would become of her and her family.